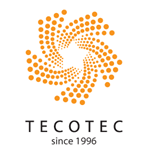 ST test system is in general a variable target measuring system that uses a series of different targets to project their images into direction of a tested SWIR imager. The imager generates distorted copies of the projected images. Quality of the images generated by the imager is evaluated by human observers or by software and its important characteristics of SWIR imagers are measured. The ST test system consists of a reflective off axis collimator, broadband light source, medium temperature blackbody, motorized rotary wheel, a set of targets, a set of filters, PC, frame grabber, and test software.